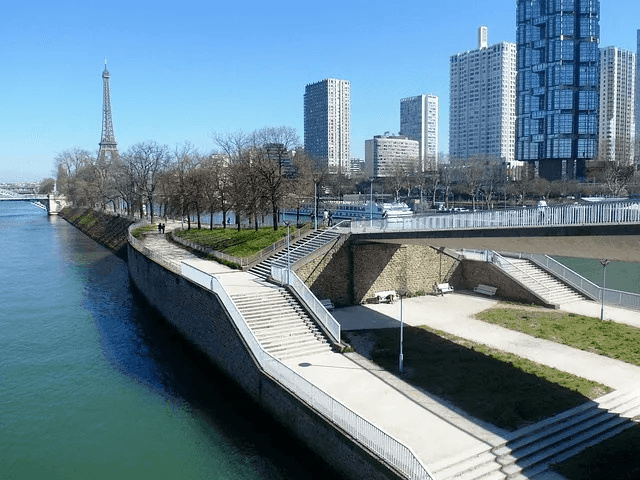 THE STATUE OF LIBERTY IN PARIS ?

A little bit of history... The origin of these reproductions is the real Statue of Liberty, whose real name is Liberty Enlightening the World, a project led by the engineer Auguste Bartholdi (1834 - 1904).

The engineer Gustave Eiffel also contributed to the creation of this Statue. Given by France to the United States to celebrate the 100th anniversary of the American Declaration of Independence, the monument was a broader testimony to the alliance and friendship between the two countries. Since its inauguration in 1886, the steel statue has been home to immigrants before giving way, today, to tourists who come to admire it in New York.

The Statue of Liberty on Swan Island

This small 11.5 metre statue was donated by the Americans in 1889, three years after the Statue of Liberty was donated by France. Once again, this monument celebrates a very special event as it commemorates the 100th anniversary of the French Revolution. This significant event in French history is marked alongside the 4th of July 1776, the date of the Independence of the United States, on the plaque that the statue holds in its left hand.

Placed opposite the Eiffel Tower before 1937, the Statue of Liberty will be installed on the tip of the island, with its back to the Iron Lady.

An island that offers a change of scenery and rest assured! The Swan Island we know today is very different from the one we knew in the past.

Originally, as early as 1827, the Swan Island was an area that received a lot of waste from industrial activities. More than forty years later, in 1873, the island was completely renovated. Today, the Swan Island is a place exclusively for walkers and joggers.

Its path is lined with a variety of trees where it will be pleasant to rest or picnic in the shade of the Japanese Sophora, the Mongolian Lime or the Chinese Cedar.

The city of Paris did not always plan to redevelop its island in the image of the Île aux Cygnes as we know it today. At the beginning of the 20th century, the French architect André Lurçat (1894-1970) planned to create an airfield for small aircraft on the island. However, the project for a runway was soon abandoned. What could be better than a good food address to complete a successful day's walk on the Swan Island? Before, after or during your walk, we recommend ordering your meal from DS Café.

On your way between the Gustave Hotel and the Ile aux Cygnes, the DS Café Baugrenelle (16 Rue Linois, 75015 Paris) will offer you a wide range of fresh products. 100% Healthy and 100% gourmet, the menu will offer you the possibility to choose from a variety of dishes: salads, hot dishes, bagels, sandwiches, club sandwiches, homemade ice cream, cocktails, etc.